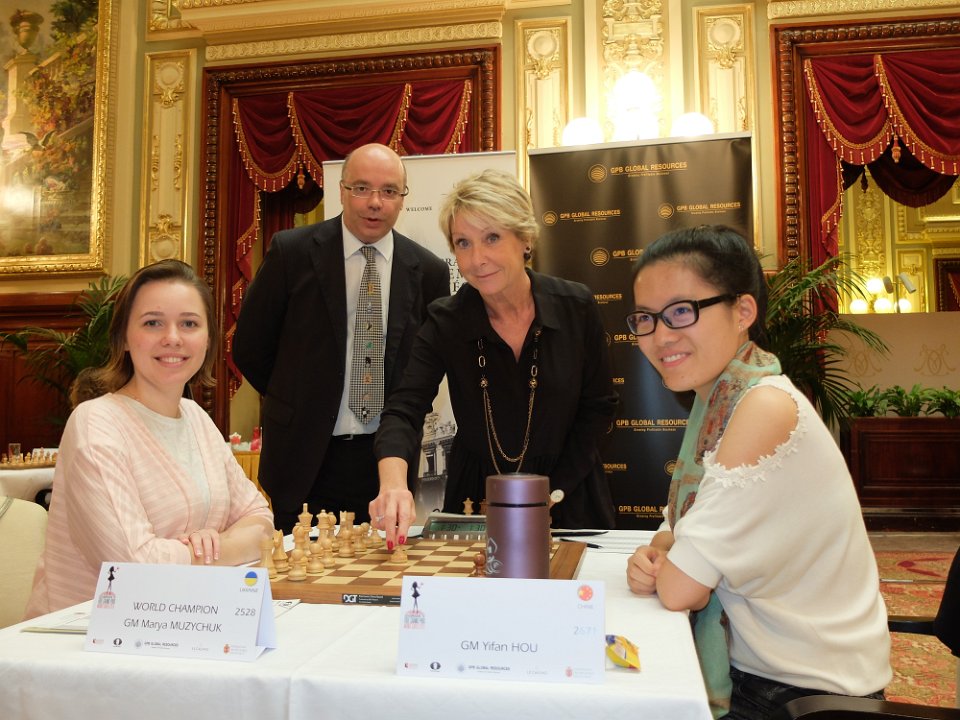 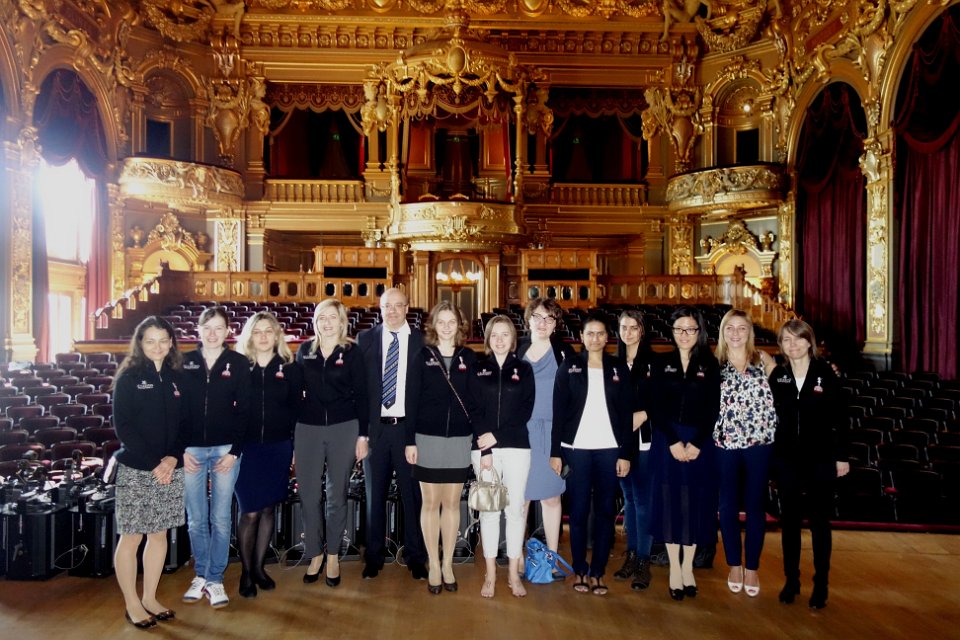 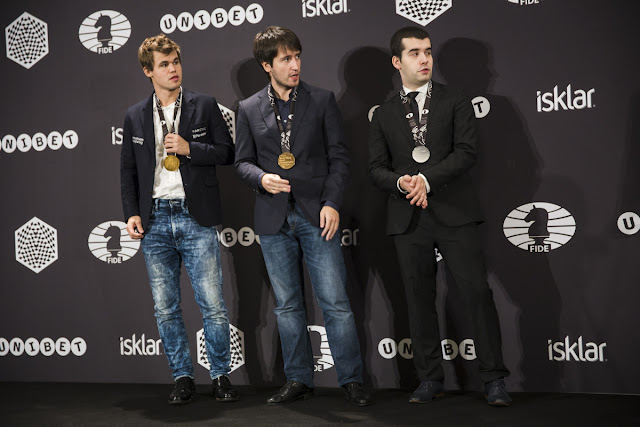 When Wesley So won the USD 100,000 prize in Millionaire Chess 2014, it was an eye opener! Chess indeed has lot of money. A year later, big boys smell the big fortune and they do not want to miss it out this year. Millionaire Chess 2015 started few days ago in Las Vegas, this year with three world top ten players join in. Hikaru Nakamura, Fabiano Caruana and Wesley So is the big boys. They are surrounded by legion of other chess players, ranging from ex World champion challenger Gata Kamsky, the suddenly Canadian Evgeny Bareev, Webster stars Le Quang Liem and friends, goes all the way to Gregory Kaidanov, Chinaman Yu Yangyi to Samuel Sevian.

How the Millionaire Chess 2015 being played, here is the brief explanation of it. In less than a week, seven qualifiers rounds were being played. Millionaire chess 2015 played two rounds per day, not very uncommon in United States. After seven rounds, three players secure the semi final round, they are Le Quang Liem, Yu Yangyi and Alexandr Lenderman. Several players then goes to the "play off / tie break" round to determine the fourth player. They are Hikaru Nakamura, Luke McShane, Gata Kamsky, Wesley So, Evgeny Bareev, Aleksandr Shimaov, Sergei Avarov, Fabiano Caruana, Gil Popilski and Gregory Kaidanov. They all are having 5.5 points after round 7. They are then being group as two and pit to fight each other for one qualifier to semi final. In short story, Hikaru Nakamura indeed emerge as the survivor, defeating Wesley So in the way. 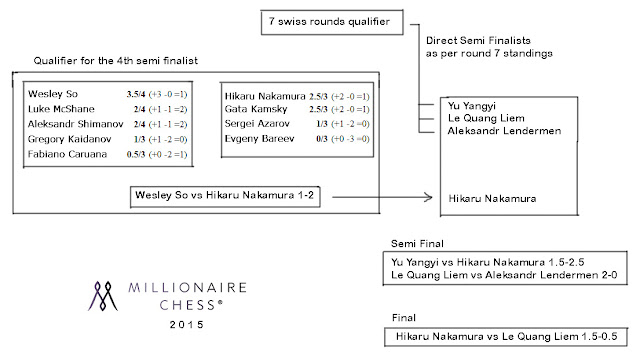 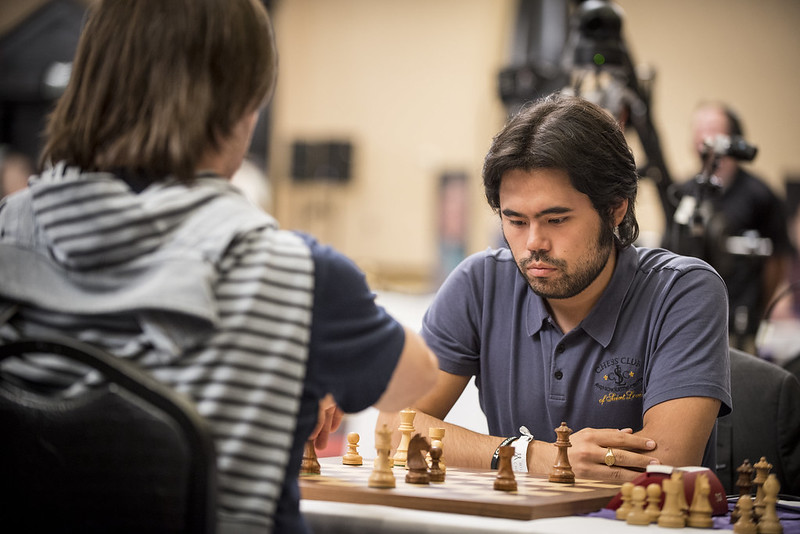 Hikaru Nakamura vs Gata Kamsky, Nakamura is the winner of 2015 Millionaire Chess
Photo from official website ; photographed by David Llada 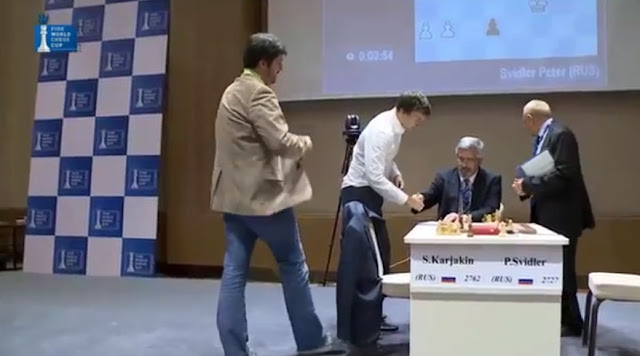 Karjakin vs Svidler 0-1, Chess World Cup 2015
Svidler on the verge to become the first player to win World Cup twice, if he can get only half point in the remaining games to win the match. (photo official website)