This event dominated by neighboring chess players , with GM Zhang Zhong seeded as #1. Surprisingly, the ex-China still hold 2608 elo rating, traces of his greatness almost decades ago. A Singaporean by now, Zhang Zhong finished the event as sole leader. He clinched the highest place after winning the pen-ultimate round 9 to his ex-countries best player in the field, GM Zhou Jianchao, who seeded as #2. The 2nd place goes to  FM Le Tuan Minh, as the name suggested, from Vietnam. On the third highest points takers, it's looks like five players going to share the position.

On Indonesian account, it seems we sent as many as possible chess players to Malaysia Open 2014. GM Susanto Megaranto leading his colleagues alikes of IM Tirta Purnama Chandra, IM Farid Firman Syah, FM Muh. Luthfi Ali, Medina Aulia and others. Included as well is Indonesian best kept secret, FM Sean Winshand Cuhendi. Sean has his own story. He was more a "non-mainstream" player, acting mostly independent, not much involved in the "official Indonesian squad". What we learn is, he just trained and practiced in Eastern Europe recently. In this tournament, Sean grab the highest place among Indonesian players. His "victims" included two friendly opponents (CM Jodi Setyaki Azarya and FM Mahmud Syarif). One GM (Laxman R.R.), and draws to another two GMs. His performances rating is 2508 and according to chess-results he is going to get about 32.8 FIDE rating. It's about time to learn more about Sean, and giving him the attention he deserved. GM Susanto Megaranto is the 2nd highest on Indonesian account, he is as usual, ultra solid without losses. He has done this many times by now, for not experiencing losses in the whole tournament. WGM Medina Aulia leads the Indonesian girls  but losses to WIM Gong Xiayun (Singapore) as overall highest female contestants. Medina also come out the field without losses and grab 7 additional FIDE points to her ever increasing rating.

Malaysia Open 2014 happening from September 15th to 21st 2014. It is part of so called Malaysia Chess Festival 2014. They included a massive side events such as team tournament and age groups (U-16 to U-8) tournaments. They played in the ballroom hall of Cititel Mid Valley. Chessbase has a comprehensive report HERE. The complete Chess-results is HERE. At the moment, no games can be found, yet! Official website, perhaps, is THIS ONE. 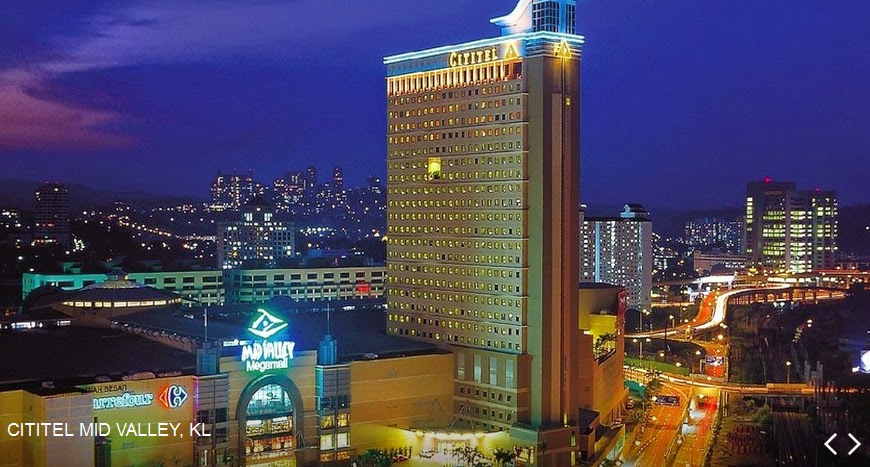 Just like last year (Sinquefield Cup 2013 was Magnus Carlsen-ed) , the Sinquefield 2014 was sensational. Highest rating tournament of modern chess history (well, nobody knows about Middle Earth chess right?), joined by six hyper high rating players. Apart from these excellent mutants brains player, the tournament is "disastrous" for all of them, except Fabiano Caruana. The other five men just couldn't do any better in saving the prestige of the tournament by letting Caruana threatening this event just like giving a simuls. All seven first round was a clean score, 7/7 is Caruana new nickname. Nevertheless to say, the tournament champion already decided as soon as perhaps before half of the needed duration.  Wonderful tournament again thanks to excellent live commentary of GM Yasser, Jennifer and Maurice. 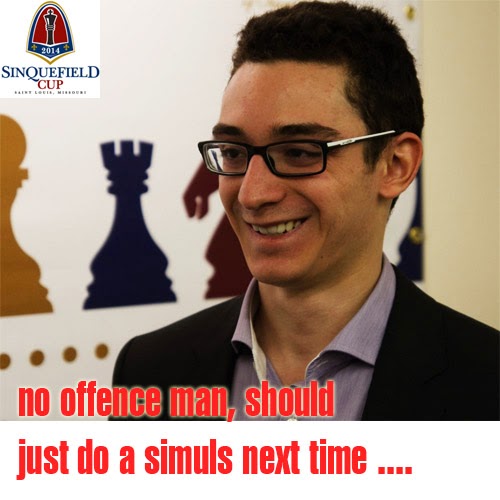 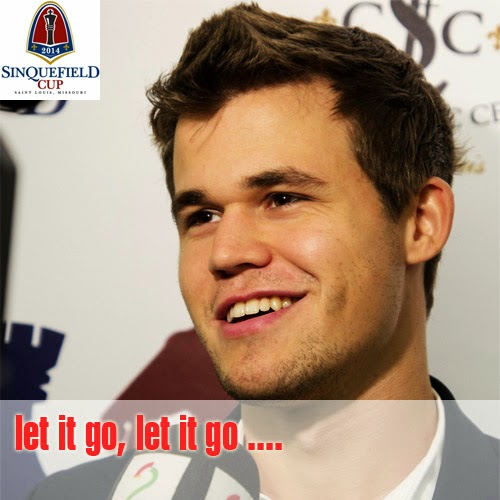 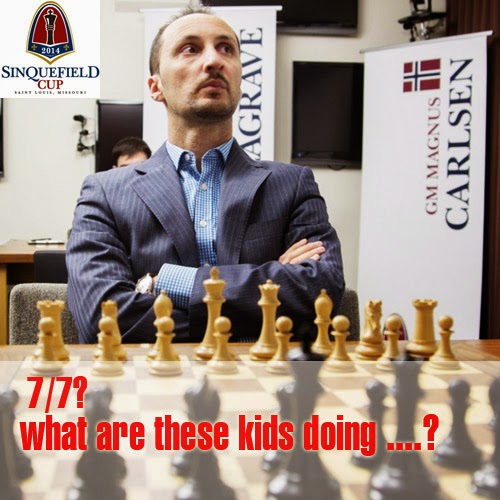 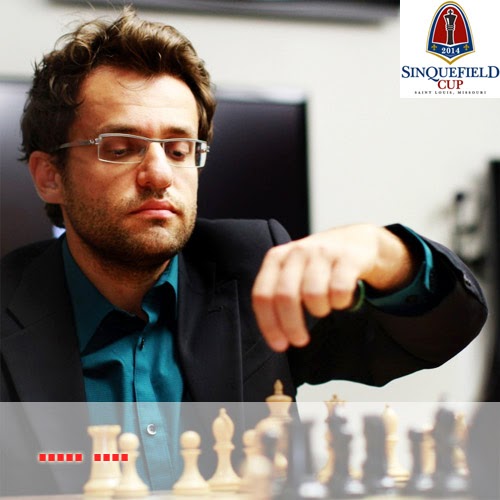 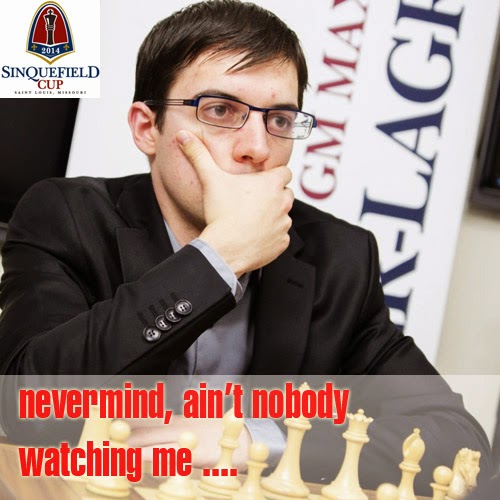 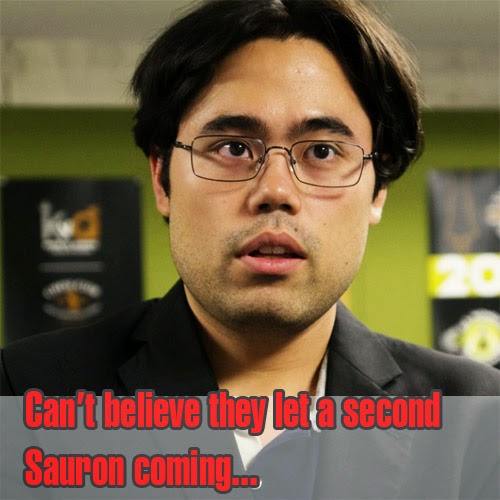 
All photos from official website
at 8:09 PM No comments: