Anand vs Carlsen Round 1 - World Championship 2013

The historic Round One of Chess World Championship 2013 between Vishy Anand vs Magnuss Carlsen to begin in 15 MINUTES YESTERDAY!

The round 1 result is a draw. A short one with only 16 moves. In the live transmission we saw Carlsen arrived at the board earlier, agitated and nervous human body captured. We later found that Anand was only waiting and sit on a better sofa behind the scene. The game itself was interesting opening line, which Carlsen try offbeat opening with experimental moves order, from 1.Nf3 ... g3 .. b3 etc. Anand was able to refuted this 'surprises' and it was Carlsen who need to "pulled emergency break" (his own words) and did a repetition with Queen vs Knight and draw.

Hikaru Nakamura : Got caught in a bad opening? Carlsen was white. It's pretty amazing to use 6-7 months of preparing on such nonsense. (Facebook)

MVL ‏@Vachier_Lagrave
@iam_abhijeet @erwinlami @parimarjan Probably. I would have continued as well, but that's the Grunfeld player not in a WC match speaking!

Yelena Dembo ‏@yelenadembo
And we have a short draw...

Nigel Short ‏@nigelshortchess
@yelenadembo But not a Short draw.
and  We were expecting the mother of all firework displays #AnandCarlsen but someone forgot to bring the matches.

Anish Giri ‏@anishgiri
@MagnusCarlsen Couldn't believe his luck getting what seemed like a 'position'... dxc4! and illusions are gone! @vishy64theking #FWCM2013 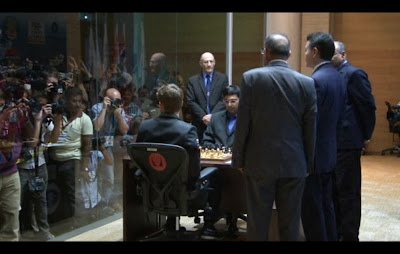 Anand vs Carlsen, the round begin without handshake! (well..they did in minutes before this captured moment..) 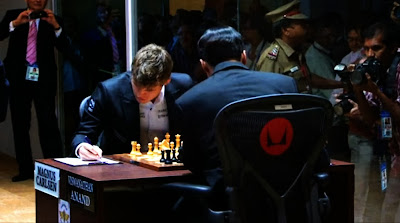 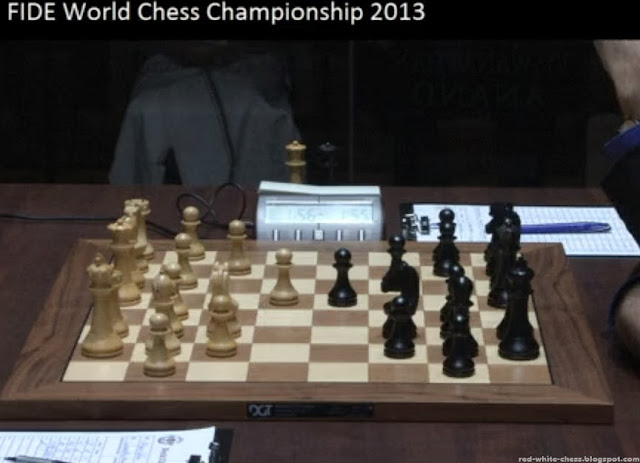 Anand vs Carlsen Round 1 - opening board position 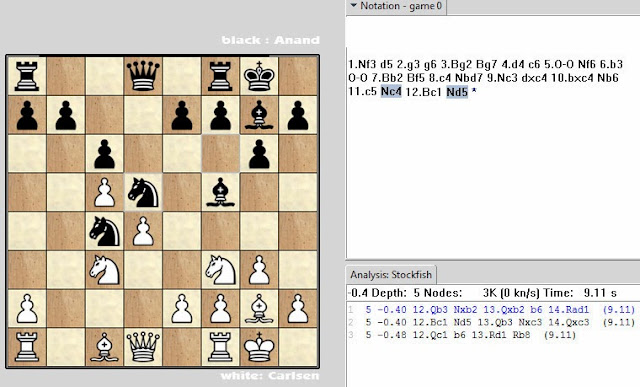 the game then when DRAW in just  16 moves: 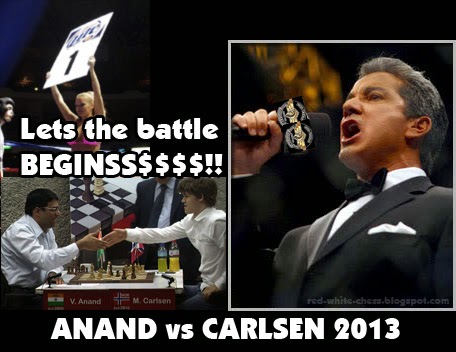